Kalium Lakes Limited is an Australian, publicly listed (ASX:KLL) exploration and development company, focused on developing the Beyondie Sulphate Of Potash Project in Western Australia with the aim of producing Sulphate of Potash (SOP), a high yield, premium fertiliser, for both domestic and international markets. There is currently no SOP production in Australia.

Approaching a Final Investment Decision, the Company has completed a Bankable Feasibility Study for the Project (the first BFS for any Australian deposit), as well as Front-End Engineering and Design (FEED) optimisation works,  confirming the Project is technically and financially robust, with first production anticipated in 2020.

The Project aims to commence production at 90ktpa of SOP, before ramping up to 180ktpa of SOP for domestic and international sale.  An initial mine life of between 30-50 years is anticipated for a project designed to be a low cost, long life and high margin producer.

Key FEED works and outcomes include:

• Increased Production Rate: As a result of the recovery improvement, production rates have increased by 10% to a 90ktpa SOP Stage 1 facility ramping up to 180ktpa SOP Full Scale Facility.

• Initial Mine Life in excess of 30 years (up to 50 years): Mine plans have been updated to reflect the recovery improvement.

• Less Brine Extraction: Improved recoveries also mean that less brine is required to be extracted from the borefields and trenches, reducing brine extraction and pumping infrastructure.

• NAIF Infrastructure Funding: As a result of the recently announced A$74 million NAIF loan package (refer to the ASX Announcement dated 20 February 2019), the base case project now includes installing key infrastructure at the commencement of the project including a gas pipeline and gas fired power station. These items were included in the BFS as an alternative outcome with capital and operating costs highlighted.

• Kalium Lakes to become the 2nd or 3rd lowest cost producer in the world.

• Pre-production Capital Cost of ~A$216M: Capital costs are reduced through less brine extraction infrastructure and condensed pond size. Capital costs increase as a result of the nett additional NAIF-funded infrastructure ($39M), a slightly augmented back end of the process plant to boost production rate and a larger 15.6% contingency (now $29M, previously $15M) to enhance certainty of delivering to budget.

• Independent Technical Reviews: Independent technical reviews initiated by the banks have been completed confirming both the BFS and FEED outcomes.

• No change to Ore Reserves or Mineral Resources.

o No changes have been made to the material assumptions utilised in the financial model, other than as detailed in this announcement. 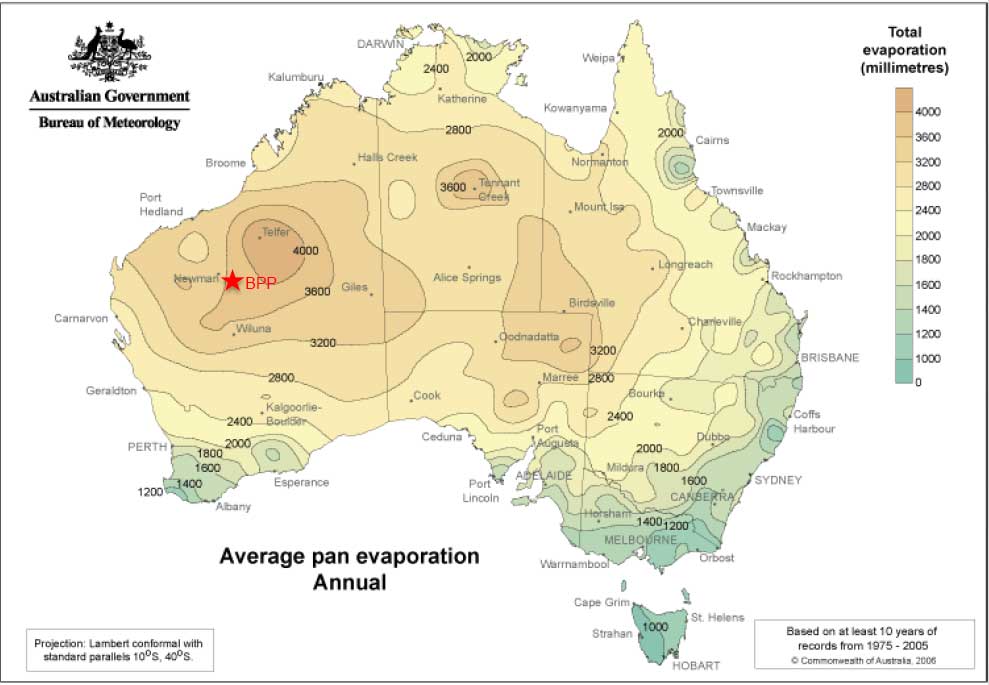 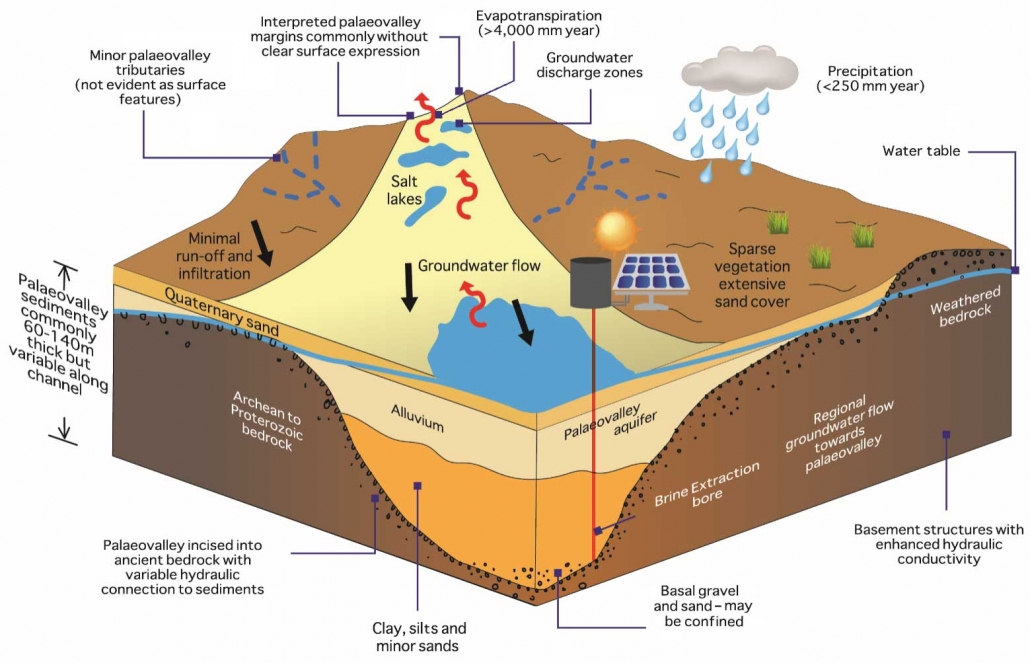 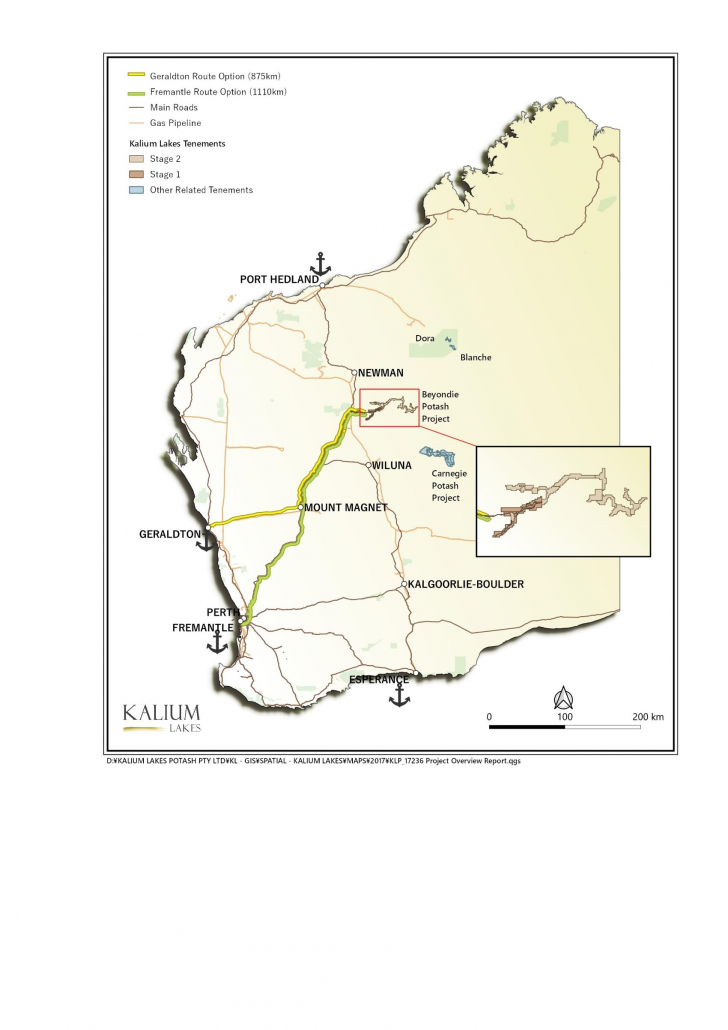 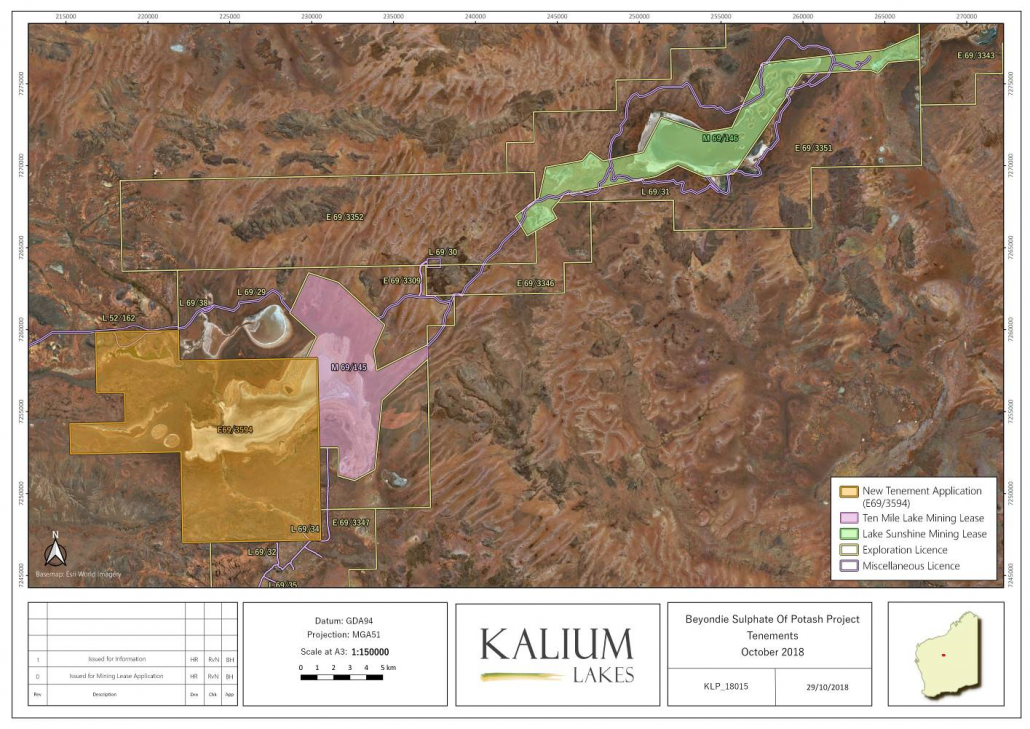